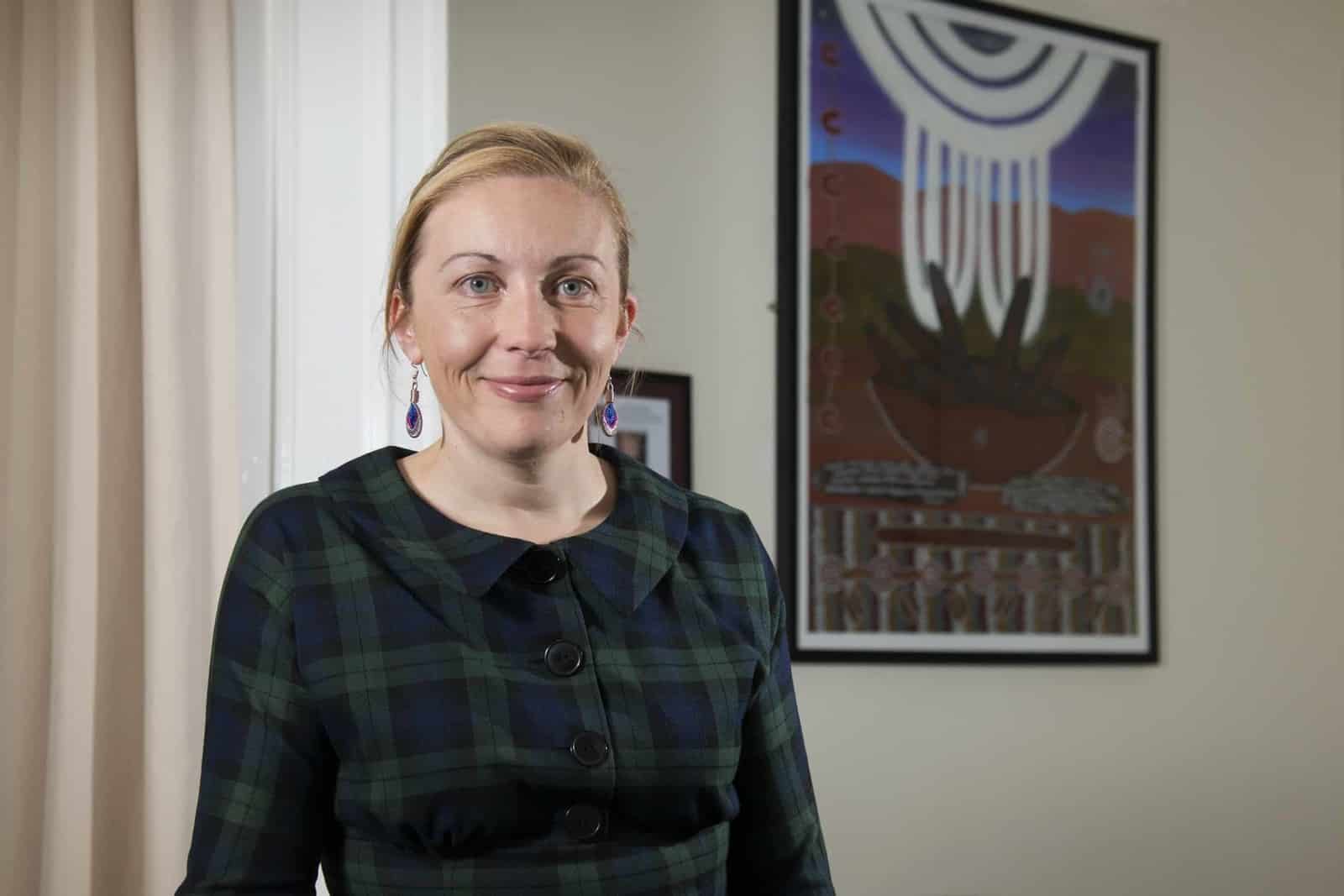 Fiona Murphy is an anthropologist and research fellow in QUB. She specialises in Indigenous politics and movements, refugees and mobility studies, and sustainability in Australia and Ireland. The key thematics in her work include trauma, memory, reconciliation, mobility and integration. She has served as secretary of the Anthropological Association of Ireland (2013-2015), book review editor for the Irish Journal of Anthropology (2011-2014) and is a member of a number of Anthropology networks and associations, including the European Association of Anthropologists.
Her current work focuses on both the politics of reparations in the context of the removal and institutionalisation of Aboriginal Australian children and sustainable consumption in the context of economic crisis in Ireland. She also works extensively on the topic of asylum seekers and refugees in Ireland and the UK. She is co-author of Integration in Ireland: The everyday life of African migrants (MUP, 2012).

She blogs and reviews for Allegra: A Virtual Lab of Legal Anthropology Blog and for the LSE Review of Books. 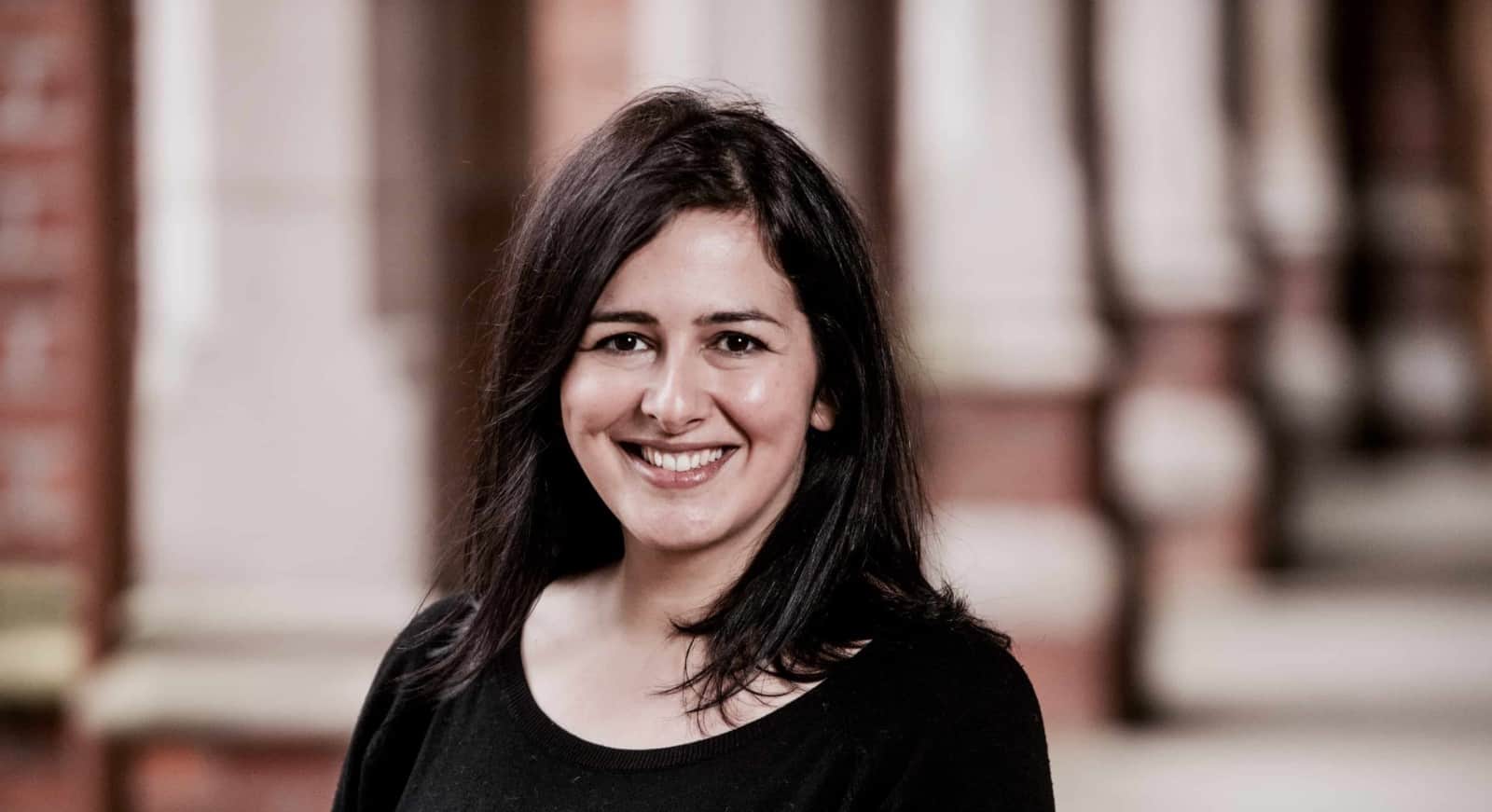 Evropi Chatzipanagiotidou joined the School of History, Anthropology, Philosophy and Politics as a Lecturer in Anthropology in January 2013 after receiving her DPhil in May 2012 from the University of Sussex. She also holds an MSc in Forced Migration (Oxford) and a BA in Social Anthropology (Sussex). She has previously taught Social Anthropology as an associate lecturer at Birkbeck, University of London (2012); and as an associate tutor at the University of Sussex (2007-2012), where she jointly received the Teaching Excellence Award in 2012. She has served as features editor in the journal ‘Studies in Ethnicity and Nationalism’ and is Secretary of the Anthropological Association of Ireland.
Her research interests lie at the study of ethnicity, nationalism and anti-nationalism, peace activism, and the politics of memory in conflict affected contexts. Her doctoral work, based on long-term fieldwork between 2006 and 2008 in London and Cyprus thematically contributes to political anthropology, migration and diaspora studies and the anthropology of activism through a multi-sited ethnographic study of the political connections between the Cypriot diaspora in the UK and Cyprus. It also makes contributions to the anthropology of technology through the study of the use of Information and Communication Technologies (ICTs) in the field of peace activism. She has published on the politics of memory in Cyprus and the diaspora, the politics of the Left and intra-communal violence and is currently completing a book manuscript tentatively entitled ‘Conflicts and Diasporas: Identity, Peace politics and Transnationalism between Cyprus and the UK’. 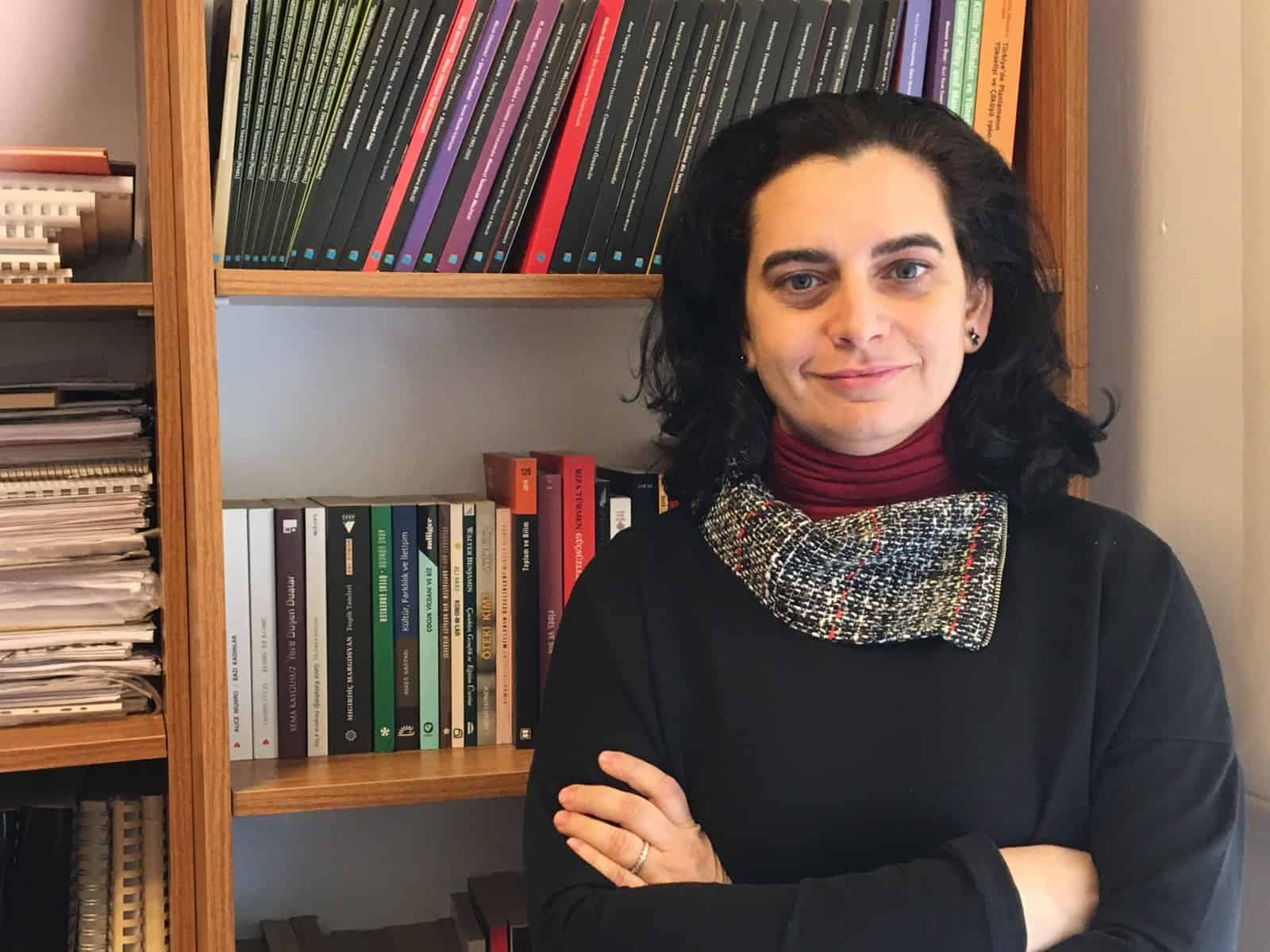 Director of the Center for Migration Research, Istanbul Bilgi University

Pınar Uyan Semerci specializes in social justice, poverty, human development, capability approach, child well-being, migration, and social policy. Her research interests intersect with the study of gender, collective identity formation, discrimination, othering, and polarization. With a PhD degree in Political Science from Boğaziçi University, she has served as program director in Political Science (2008-2011) and head of Department of International Relations at Istanbul Bilgi University (2014-2017). Since 2007, she has been the Director of the Center for Migration Research and since 2017 she serves as the Dean of the Faculty of Social Sciences and Humanities there.
In collaboration with a group of colleagues, since 2008, she has been extensively involved in the conceptualization and study of child well-being approach in Turkey through various projects with the Scientific and Technological Research Council of Turkey (TUBITAK), UNICEF and ISCIWEB. She has been studying the vulnerable groups including but not limited to children, women and youth. She has various publications on capability approach, child well-being, child labour, political participation of youth, identity formation, migration, othering and polarization.

P. Uyan Semerci, E. Erdoğan. “Who cannot access education? Difficulties of being a student for children from Syria in Turkey”, Vulnerable Children and Youth Studies, 2018, 13(1), 30-45. 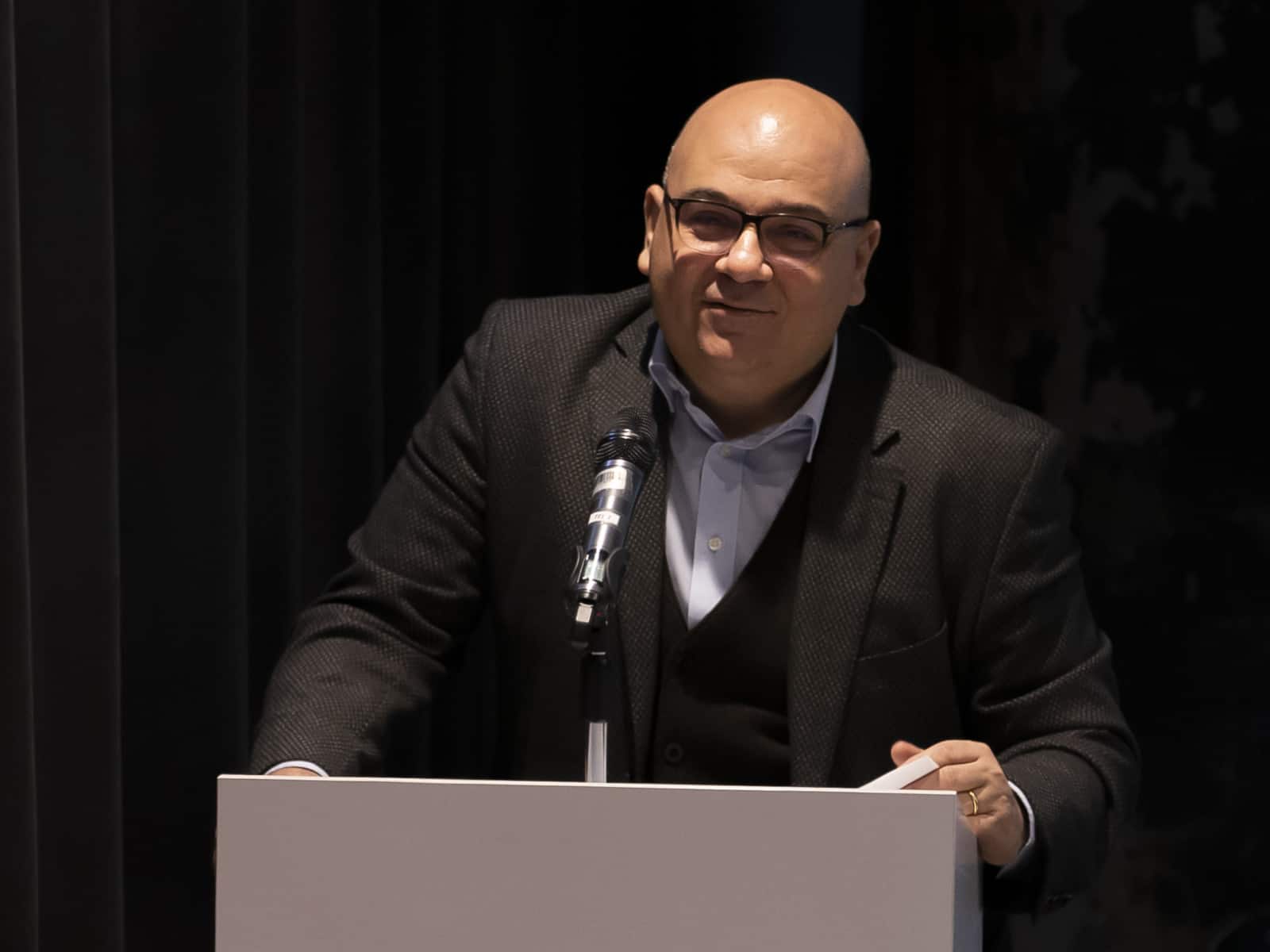 Since 2005, Emre Erdoğan has been lecturing on social statistics, research methods and advanced research methods at Istanbul Bilgi University. He is the Acting Head of the Department of International Relations. With a doctoral degree in Political Science from Boğaziçi University, he has served as researcher and senior consultant in various projects in academia and civil society.
His research focuses on political participation, foreign policy and public opinion, child and youth well-being, methodology and statistics. He studies Syrian refugee youth in Turkey in terms of social, educational, and economic integration. He is also extensively working on othering, polarization and populism and publishes about these topics.

E. Erdoğan, “Workshop on Identifying Working Areas for Strengthening Syrian Children and Youth” Report on the Findings of the Workshop, UNICEF and Southeastern Anatolia Project (GAP), May 2016.

P. Uyan Semerci, E. Erdoğan. “Who cannot access education? Difficulties of being a student for children from Syria in Turkey”, Vulnerable Children and Youth Studies, 2018, 13(1), 30-45. 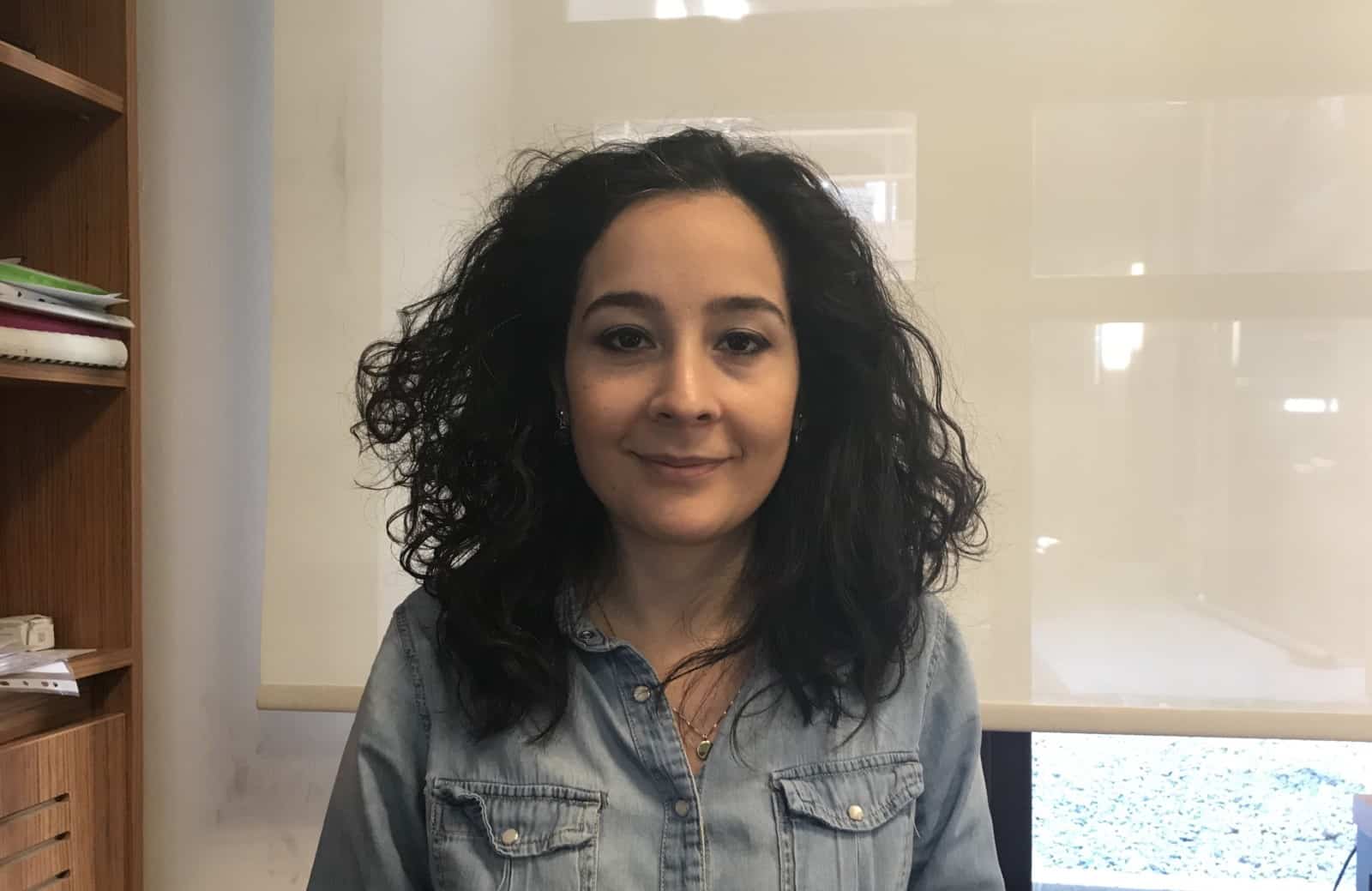 Tuğçe Erçetin is a PhD candidate at Istanbul Bilgi University Political Science Doctoral Program. She received her master’s degree in Political Science from University of Essex with a thesis examining the perceptions of Armenian minorities in Turkey. She also holds a second master’s degree in International Relations at Istanbul Bilgi University, with her study focusing on ordinary people and their nationalist poems during the Cold War period. She completed her undergraduate studies at the Department of International Relations at Kadir Has University with high honour degree. She has participated different projects as research assistant, relating to othering and populism. Recently, she writes her PhD dissertation in relation to the Articulation and Formulation of Populist Discourse over We-ness. 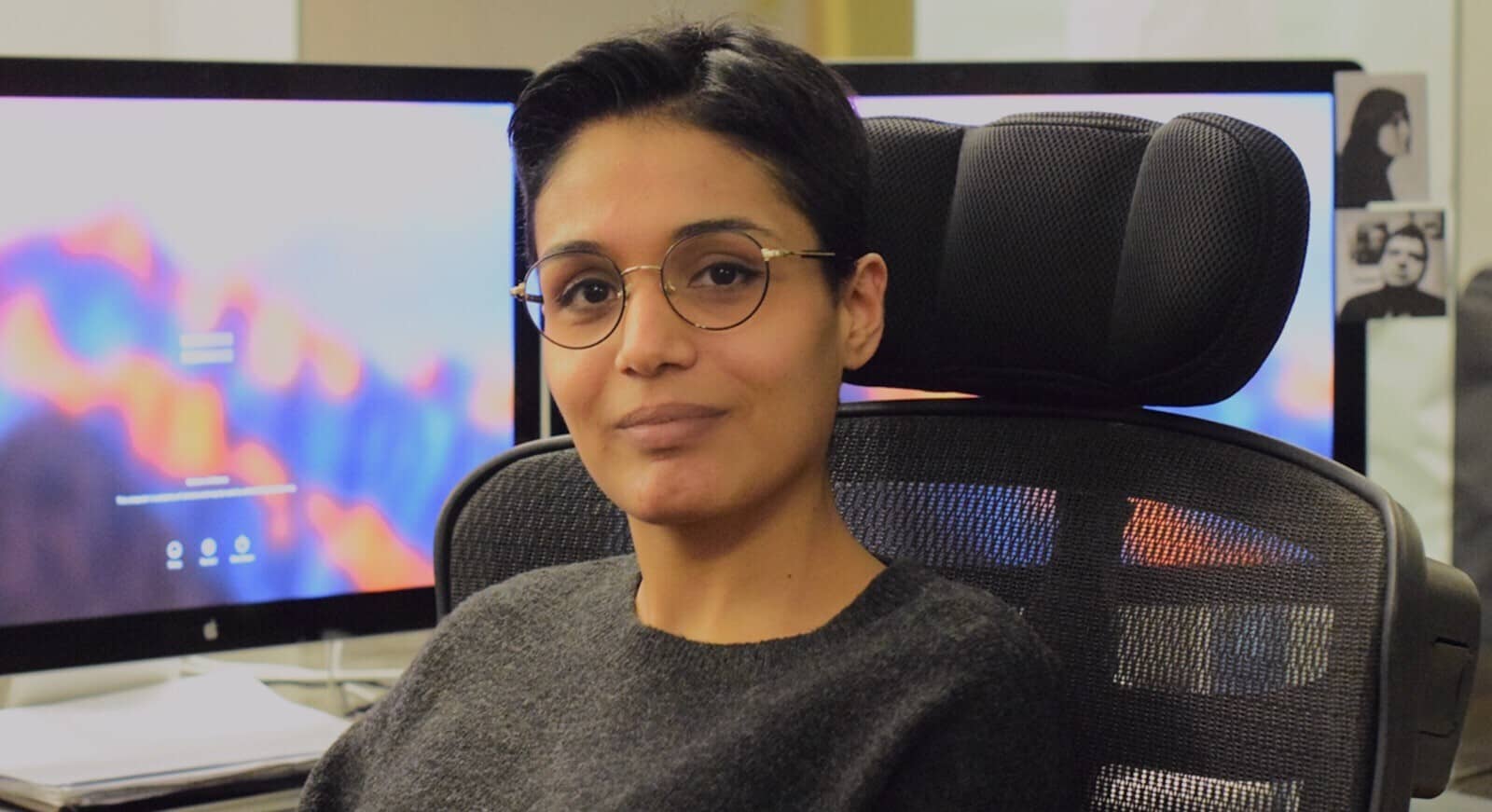 Roqaya Al Zayani received her BA degree at Bahçeşehir University Department of Political Science and International Relations. She is currently writing her MA dissertation at Istanbul Bilgi University Department of International Relations on Discrimination and Gender-based Violence against Syrian Migrants in Turkey. Her research focuses on structural/cultural violence, legal violence, political violence, political psychology, gender, and political theory. She is the co-founder of ADA: Anxiety and Depression Association in Bahrain and volunteers as a domestic and sexual violence counselor at the Women’s Crisis Care International since 2016.